The Government of India observes the 21st of April every year as 'Civil Services Day'. This is an occasion for the civil servants to rededicate themselves to the cause of citizens and renew their commitment to public service and excellence in work. The first such function was held in Vigyan Bhawan on 21 April 2006.

The reason for the date is because on 21 April 1947, Sardar Vallabh Bhai Patel addressed the first batch of civil servants in Independent India at the Metcalf House. He referred to civil servants as the 'steel frame of India' in his inspiring speech.

In the National Capital, the excellence shown by civil servants is rewarded by the Prime Minister of India. A medal, scroll and a cash amount of Rs 100,000 is given out to individuals. In case of a group, the total award money is Rs 500,000 subject to a maximum of Rs 100,000 per person. For an organization, the cash amount is limited to Rs 500,000.

Likewise, the Civil Services Day is also celebrated in Assam on the 21st April of every year at Assam Administrative Staff College, Guwahati-22.

Rajya Sabha MP Swapan Dasgupta addressed civil servants at the Assam Administrative Staff College on Civil Service Day in Assam. The programme was attended by, among others, chief secretary V.K. Pipersenia and director-general of Assam Police Mukesh Sahay. Dasgupta analysed relations between politics and bureaucracy and other prevailing issues in his speech.

At least 20 state government officials in Assam were given the Chief Minister's Special Award for excellence in service on the eve of Civil Service Day. Organisations and Departments that excelled were also recognised. 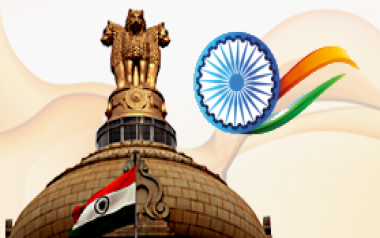